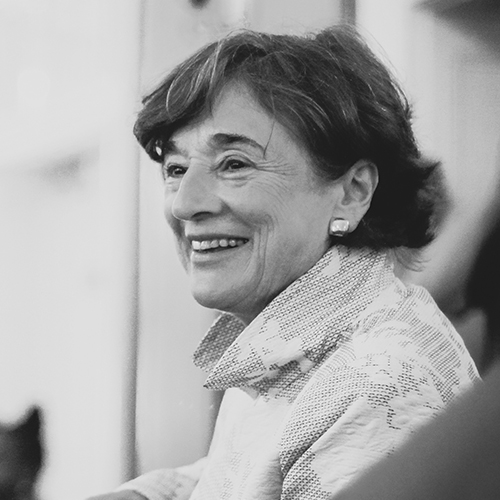 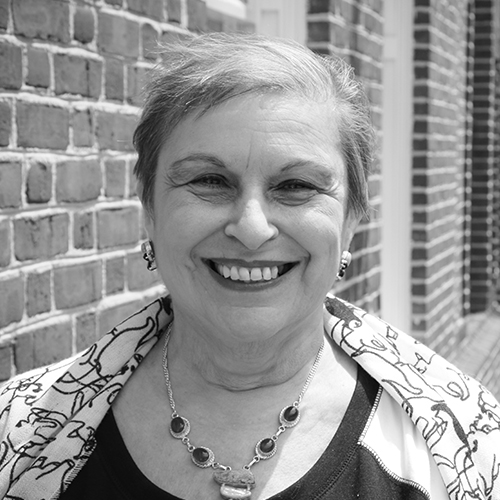 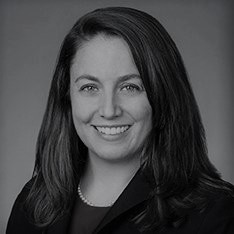 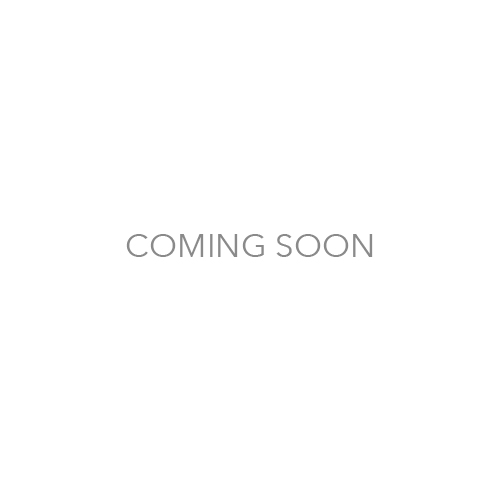 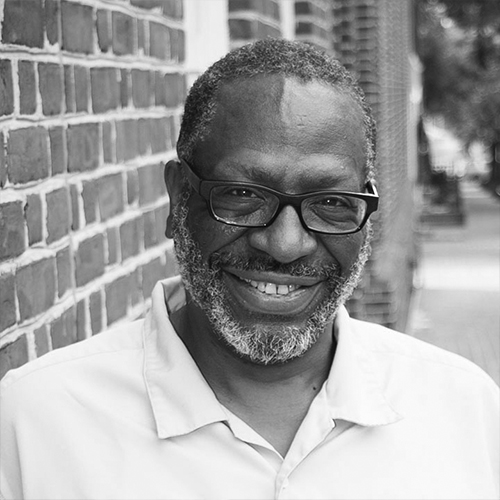 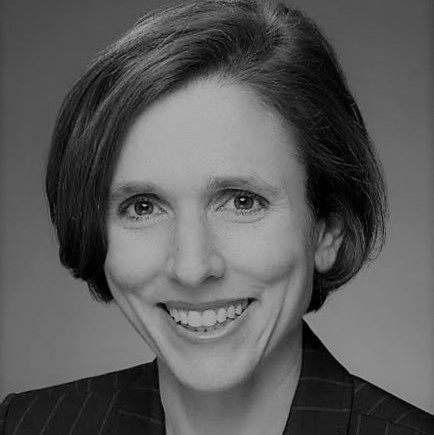 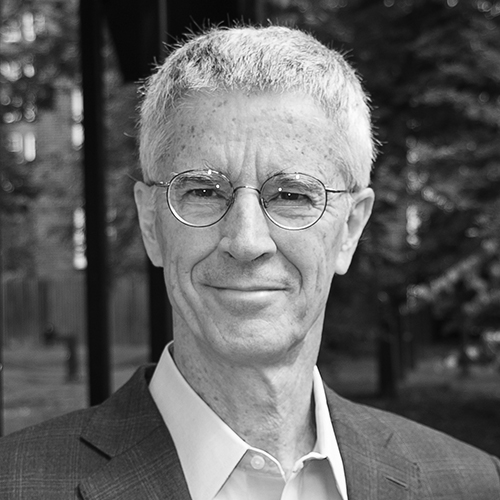 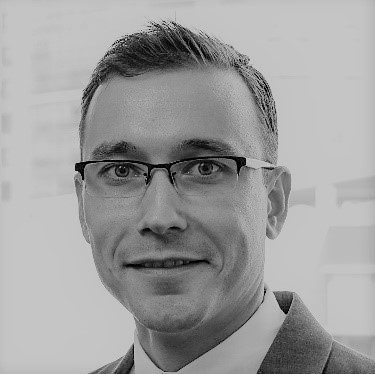 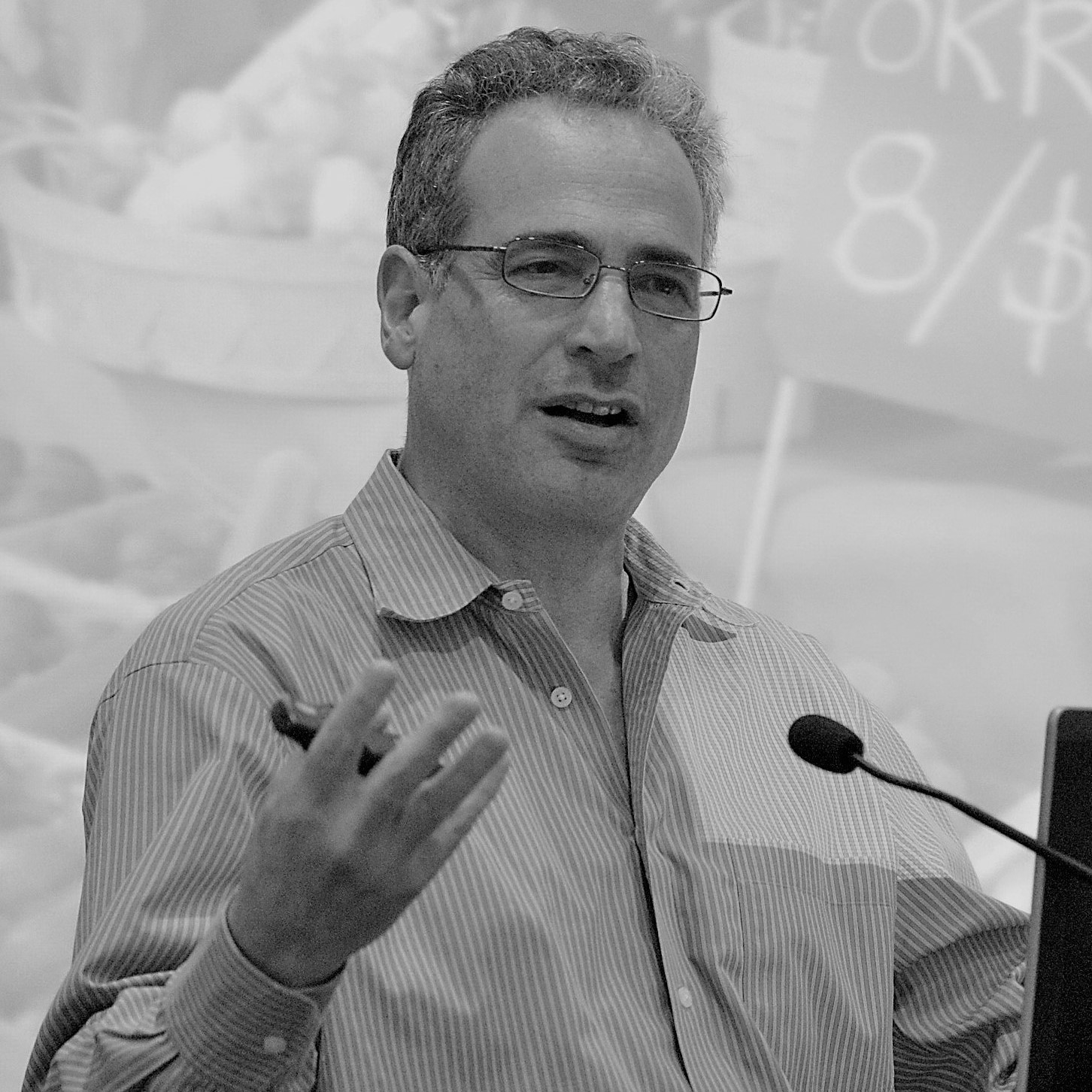 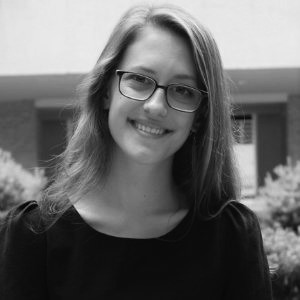 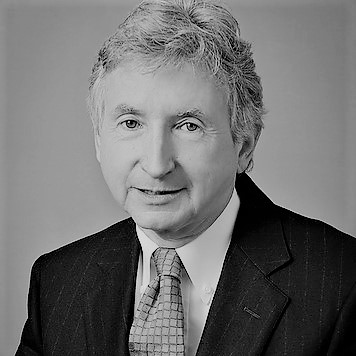 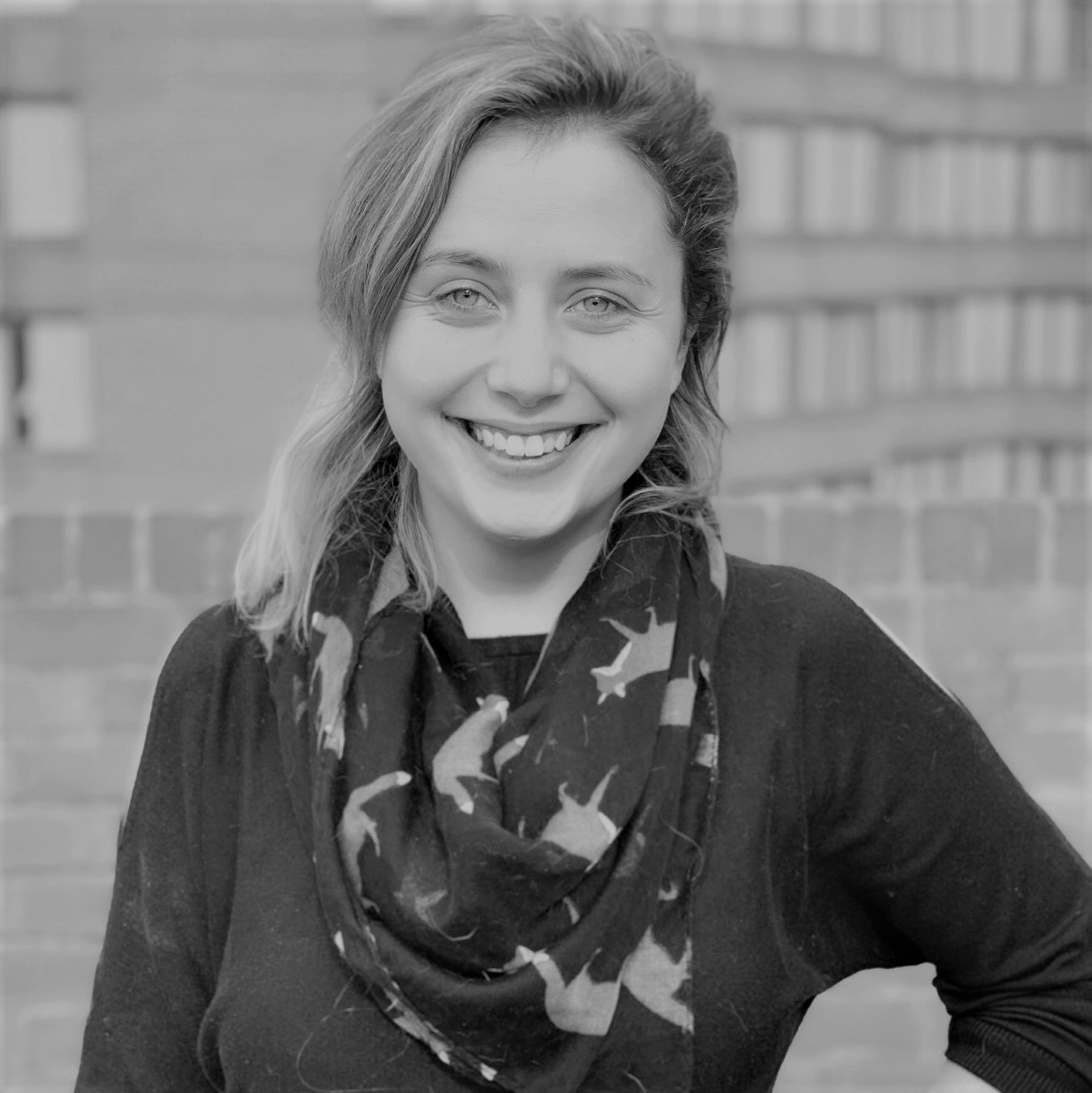 Marilyn Melkonian is the president and founded Telesis Corporation in 1985. She has over 30 years of experience in housing policy, neighborhood regeneration, planning, development, and finance. She serves on several boards, including the Eisenhower Foundation, the Brookings Institute’s Center on Urban and Metropolitan Policy, and Common Cause. She founded the National Housing Trust in 1987 and currently serves as its chair. Former positions include Deputy Assistant Secretary for Housing at the Department of Housing and Urban Development under President Carter; General Counsel for Lucasfilm Ltd; and counsel to the architecture firm of John Carl Warnecke & Associates. She practiced law for 15 years in New York and Washington, D.C. and is a graduate of Stanford University Law School.

Prior to joining Telesis in 1998, Georgia worked in the legislative and executive branches of government. She has national and international public affairs experience, including implementation of legislative and managerial programs, conducting media relations, and coordinating conference and travel projects. She has a Bachelor of Science in Elementary Education from the University of Pittsburgh.

Schuyler is Deputy General Counsel at Telesis Corporation. In this role, she represents the interests of Telesis and its affiliates in real estate, affordable and tax credit transactions, as well as in their day-to-day operations. Prior to joining Telesis in 2020, Schuyler worked as an associate at the law firm of Katten Muchin Roseman LLP, where she represented developers and owners in all types of real estate matters, including affordable housing and commercial transactions. Prior to joining Katten, Schuyler worked as an associate at the law firm of Reno & Cavanaugh, PLLC, where she represented owners and public housing authorities in the development of affordable housing. Schuyler is a Governing Committee Member for the American Bar Association Affordable Housing and Community Development Forum and is also Co-Chair of the HUD Practice Committee for the Forum. She is a graduate of Tufts University and American University Washington College of Law.

Laura recently returned to Telesis after serving as Executive Director of Lantern Community Services, a supportive housing nonprofit, and Chief Program Officer at Lenox Hill Neighborhood House, a New York-based settlement house serving 20,000 people annually. Laura has a longstanding commitment to high-impact projects that bring change to low-income and distressed communities. While at Telesis previously, Laura led the redevelopment East Hills in Pittsburgh and laid the foundation for the Barclay regeneration in Baltimore. In 2007, she served as Deputy Commissioner of New York’s Department of Housing Preservation and Development. Laura serves as Vice Chair of Women in Housing and Finance in New York. Laura earned her A.B. from Princeton and her J.D. from Georgetown.

Bertrand has extensive experience in commercial and residential real estate development and finance, including affordable housing. His developments include single family and multifamily housing, rental and homeownership; office, retail and mixed use complexes; new construction and substantial rehabilitation; and land development. He has arranged debt and equity financing utilizing private and public sources, FHA insurance, Fannie Mae and Freddie Mac credit enhancements, private offerings, and a variety of public subsidies and tax credits. Many of his projects have involved working with residents and their representatives. Bert’s work as an attorney has included both private practice, as a partner in a large law firm, and public service, as executive assistant to the Federal Housing Commissioner and general counsel of the California Department of Housing and Community Development.

Timur joined Telesis as a project manager in 2018. Prior to Telesis, Timur worked at Victory Housing, Inc where he was responsible for preserving quality senior affordable housing portfolio of 2,200 units, including risk mitigation, compliance, procurement and management of third-party consultants. Timur also oversaw design, negotiation, construction, and financing efforts on new development, rehabilitation and sustainability projects. Prior to Victory Housing, as acquisition manager at an international grocery retailer- Lidl, Timur negotiated and entitled over $50M of real estate for new store development in South Carolina and Georgia regions. Timur is an alum of the University of Maryland holding BS in Architecture and MS in Real Estate Development degrees. Timur currently serves on the Board of Directors of Sarah’s Circle, a nonprofit organization in Washington, DC that creates communities that enable elderly persons of limited means to live with dignity.

Michael H. Shuman is an economist, attorney, author, and entrepreneur, and a leading visionary on community economics.  He’s directly of Local Economy Programs for Telesis Corporation, a nonprofit affordable housing company, and currently an adjunct instructor at Bard Business School in New York City and at Simon Fraser University in Vancouver.  He’s also a Fellow at Cutting Edge Capital and at the Post-Carbon Institute, and a founding board member of the Business Alliance for Local Living Economies (BALLE).  He is credited with being one of the architects of the 2012 JOBS Act and dozens of state laws overhauling securities regulation of crowdfunding.  He has authored, coauthored, or edited nine books.  His most recent book is The Local Economy Solution:  How Innovative, Self-Financing Pollinator Enterprises Can Grow Jobs and Prosperity. One of his previous books, The Small Mart Revolution: How Local Businesses Are Beating the Global Competition (Berrett-Koehler, 2006), received as bronze prize from the Independent Publishers Association for best business book of 2006. A prolific speaker, Shuman has given an average of more than one invited talk per week, mostly to local governments and universities, for the past 30 years in nearly every U.S. state and more than a dozen countries.

Miriam Julianna joined Telesis in 2015 as Executive Assistant to Marilyn Melkonian, a role she spent two years in. In 2017 she transitioned to a role as a Community Coordinator working with the staff of our various community centers. In 2021 she transitioned back to Telesis working in a hybrid roll providing support to our Community Coordinators as well as Telesis President. She is trained in organizing by the Gamelan Institute’s Ntosake program, which translates to “She who walks with lions, she who caries her own things.” She earned her Bachelors in International Relations as a member of American University’s Global Scholars cohort where she focused on sustainability in urban areas. She received distinction for her senior research on the use of jump-outs by MPD in Washington D.C.

George Weidenfeller is Executive Vice President/General Counsel at Telesis Corporation. In that capacity, he is responsible for legal representation of Telesis relating to the nationwide finance, development, and management of affordable and mixed-used housing projects. Activities include new construction and/or substantial rehabilitation, as well as a variety of funding sources, including FHA, GSEs and the newly enacted Opportunity Zones. George comes to Telesis with considerable experience in both the public and private sectors.

Immediately prior to joining Telesis, George was in house Counsel at the AFL-CIO Housing Investment Trust (HIT). In that capacity, his focus was on the finance, development, construction and/or rehabilitation of multifamily and single family housing.  He was particularly involved in transactions involving HUD and FHA, as well as projects involving the Federal Low Income Housing Tax Credit programs and the GSEs.

Prior to joining HIT, George was a Partner in the law firm of Reno & Cavanaugh, PLLC.  He represented owners, developers, managers, lenders, and public housing authorities on residential development; FHA transactions; asset management; program, regulatory and fair housing enforcement; Federal procurement, ethics, and personnel law. George was previously a member of the Goulston and Storrs Real Estate group, with a particular focus on Affordable Housing and Economic Development.

Cassie joined Telesis in 2018 after working for several organizations dedicated to furthering community engagement, education, and development. Notably, she worked as an Editor-in-Chief for the Center of Development and Strategy, a think-tank devoted to the research and discussion of sustainability and development, and under several programs for the Center of Urban Studies. While at the center, she worked as a program leader and instructor for a summer camp dedicated to engaging Buffalo City School’s students in the design process as they generated their own revitalization plan for underdeveloped streets. Additionally, she worked on the GRUM project, helping to organize a community health needs assessment and outlining a strategy to address the unmet healthcare needs of several neighborhoods and communities in Buffalo, NY. She holds a B.A. in both Communication and Environmental Design from the University of Buffalo.