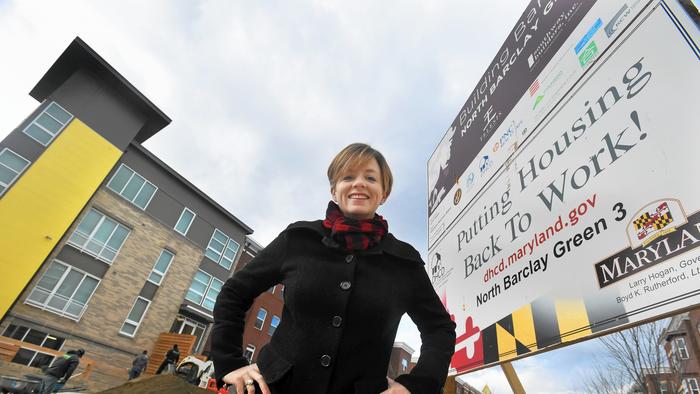 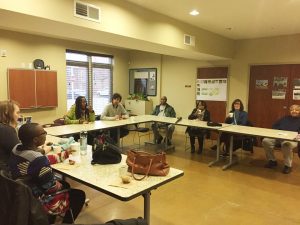 Tour Barclay with us!

On a windy February day in 1999, I toured the Barclay community with leaders who were trying to preserve a neighborhood later described in news coverage as “collapsed.”

There were rubble-strewn blocks and vacant and abandoned houses. The neighborhood’s main thoroughfare was an eyesore, a street other reporters at The Sun called “gritty Greenmount.”

Over the years, dedicated residents maintained their love for the aged neighborhood and nurtured hope that its amazing housing stock could somehow be preserved.

It has taken 18 years, but those hopes are bearing fruit. The neighborhoods along Barclay Street, Greenmount Avenue and the east-west thoroughfares north of 20th Street have been reclaimed and rebuilt. There are several neighborhood groups working here — Greater Greenmount, East Baltimore Midway, Barclay and Old Goucher.

While not finished, the place has turned a decisive corner.

This past week I stood in a new, two-bedroom apartment in an about-to-open affordable housing building at Greenmount Avenue and 21st Street — and my jaw dropped. It was a roomy, delightful space overlooking the stone tower of St. Ann’s Roman Catholic Church.

The vista from the large window had an urban feel, and the apartment was comparable to what is being built in pricier areas.

“Our objective is to provide beautiful, affordable housing in Barclay,” said Catherine Stokes, a vice president and director of the group selected by the city to rebuild much of the neighborhood. “We are trying to take spots that once dragged down this neighborhood and turn them into places that elevate it.”

Her firm, Telesis Corp., began planning studies in the Greenmount Avenue and 20th Street area in 2006, though the 2008 housing recession stymied momentum for about two years.

Some reconstruction began in 2010; a corner property along Barclay Street rose from a vacant lot, its new structure designed to blend in with the mix of 1890s homes here. The old Oliver Cromwell School, on Homewood Avenue, was renovated for seniors and those with special needs.

It has also rebuilt 35 historic rowhomes — many built in the 1890s when the old Baltimore Orioles competed at Union Park at Guilford Avenue between 24th and 25th streets — into market-rate units that have brought new homebuyers to the neighborhood. The houses are being marketed under the name North Calvert Green, a reference to the principal streets here.

Stokes said that 10 of the 35 homes sold have gone to Johns Hopkins university and hospital employees who can get a subsidy to reside near their jobs. The Hopkins subsidies range from about $15,000 to $28,000. There is also $10,000 city subsidy available for buyers who buy formerly vacant houses.

“It is a transitional neighborhood, but our homes offer a lot of house for the money,” said Stokes, pointing out the row of three-story homes adjacent to the Baltimore City public schools headquarters building.

The for-sale homes overlook what will be a green space where 32 vacant homes were razed brick by brick, floor board by floor board. About 94 percent of the building materials were recycled, and the new park is expected to become a focal point of the neighborhood.

“It all came from nothing — except for the people who live here,” said Michael Mazepink, director of the Peoples Homesteading Group, which has been working in these neighborhoods for nearly 30 years.

“It’s really satisfying,” he said. “It’s not the Inner Harbor. It’s not UnderArmour. But we’re a success.”